Development of Synagogues in BC

In the city’s early years, its nearest synagogue was Temple Emanu-El in Victoria. Agudace Achim(Orthodox) was the first congregation in Vancouver, active from 1891 to 1906. A semi-
Reform congregation soon followed, as Temple Emanu-El started in 1894 and was active through 1917. In 1907 a new Orthodox congregation appeared, named B’nai Yehudah (also known as Sons of Israel). 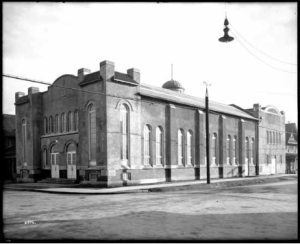 However, the first Vancouver synagogue did not appear until 1911, when B’nai Yehudah was built at the corner of East Pender and Heatley Streets. Though it seated 200, larger halls had to be rented for High Holy Days. The building also housed several community organizations. Children’s Judaic classes began shortly after the opening in nearby homes. In 1914, during an economic depression, the synagogue was saved from foreclosure by an emergency fundraising campaign. In 1917 B’nai Yehudah was incorporated as a society by the name of Schara Tzedeck. The Vancouver Hebrew School/Talmud Torah started at the synagogue in 1918. After thirty years as a boys’ club and vocational school, the synagogue was developed into residences, and was honoured with a Vancouver Centennial plaque in 1986.

Description of Jewish Holidays and Festivals: 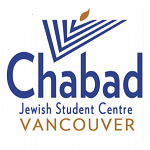 Each holiday page includes a brief overview of special observances and customs, and any special Torah readings.