History and Holocaust – The Tailor Project 1948 Between January 1948 and December 1948, 2,000 families in search of a new life arrived in Canada. These families had just survived WWII and had since been living in displaced persons camps, 1,000 of them were Jewish and the other 1,000 were not Jewish. They came to Canada through a program called the Garment Workers Scheme, now called the Tailor Project. Very little is known about these tailors and their families. Now for the first time, Impakt Labs, with the support of the Max and Larry Enkin Family Foundation are looking into these families.

The Tailor Project, began as a joint proposal from the Toronto, Montreal and Winnipeg needle-trade industries to bring over 2,000 Jewish tailors and their families. Once the proposal received approval, Max Enkin led a delegation to visit the displaced persons camps in Europe to identify workers suited for the role. This was the first Government approved immigration project since the “none is too many” belief.

Once the team arrived in Europe they visited 19 displaced persons camps. People living in the camps were desperate to leave them and Mr. Enkin and his team tried to bring hope to as many camps as they could. The Tailor Project was intended to bring over 2,000 tailors to work in the garment manufacturing industry, however it is believed that many of the individuals that came over did not know how to sew. In the book None is Too Many: Canada and the Jews of Europe 1933-1948, Irving Abella and Harold Troper wrote about a single mother with a son that was rejected from the program but came to Canada through a rushed marriage to a Romanian man that had already been accepted through the program.

The Tailor Project allowed 2,000 families to come to Canada to start a new life here. I have had the privilege to speak with many of the children of these survivors and some of the survivors themselves. We have begun to turn the names on lists into stories. Stories that include horrific, unimaginable struggles, but also unimaginable strength. These families have contributed to the Canadian landscape by working as tailors, finding other employment and starting businesses. They have taught their children to be resilient, educated and valued members of their communities.

We would like to thank all of the individuals that have come forward to speak with the Impakt Labs team already. We are still on our journey to uncover the stories of the tailors that came through the Tailor Project. If you know someone or have a father or mother that came to Canada in 1948 through this project please reach out to us at Nicole@impaktlabs.org or through our website https://tailorproject.ca/. 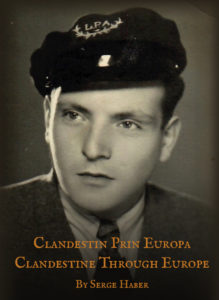 For the last thirty-five years, Serge Haber have been a speaker for the Holocaust Educational Centre. Holocaust survivors speak to school students about the Holocaust, promoting the ability of the students to be instrumental in preventing anti-Semitism, social and racial discrimination, religious intolerance in our country and around the world.

Recently he was involved in a program promoted by Langara College, to write memoires with the help of several students. This memoir was created by Serge and student participants of the 2017/18 Writing Lives: The Holocaust Survivor Memoir Project, an educational initiative of the Vancouver Holocaust Education Centre (VHEC), Langara College (English and History Departments) and the Azrieli Foundation. 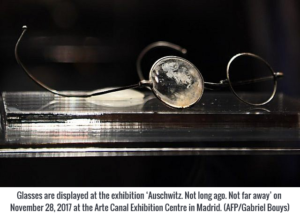 On December 1, 2017, an exhibit entitled “Auschwitz: Not Far Away, Not Long Ago” opened its doors to the public in Madrid, Spain. It’s the first stop in a world tour that will display artifacts from Auschwitz-Birkenau, the largest of the Nazi concentration camps, where more than 1.1 million Jews, Poles, prisoners of war, gypsies and others were killed during World War II.

The exhibit includes more than 600 items from Poland’s Auschwitz-Birkenau State museum, Israel’s Yad Vashem, the US Holocaust Memorial Museum, and private collections. Objects include a wagon used to transport Jews, letters thrown from trains bound for Nazi death camps, children’s shoes and more. Many are being displayed to the public for the first time.

The goal of the exhibit, in an era of intolerance, rising Anti-Semitism and Holocaust denial, is to allow people who may not have the 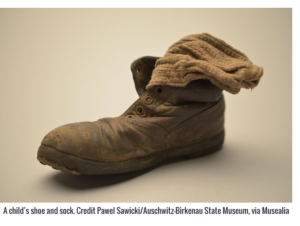 opportunity to visit the original site to learn about the Holocaust and the consequences of structuralized hatred and violence, and ensure that these memories do not fade away.

The exhibit will remain in Madrid until June 2018. Dates and locations that the exhibit will visit over the next seven years will be announced in early 2018.

For more information on “Auschwitz: Not Far Away, Not Long Ago”, visit the following links:

Remembering the Holocaust and Honouring the Survivors

The Vancouver Holocaust Education Centre, with generous support from the Conference on Jewish Material Claims Against Germany, offers a range of services to benefit local Holocaust survivors. A part-time Survivor Services Coordinator assists in assessing and meeting the needs of local survivors.

The following services are provided: 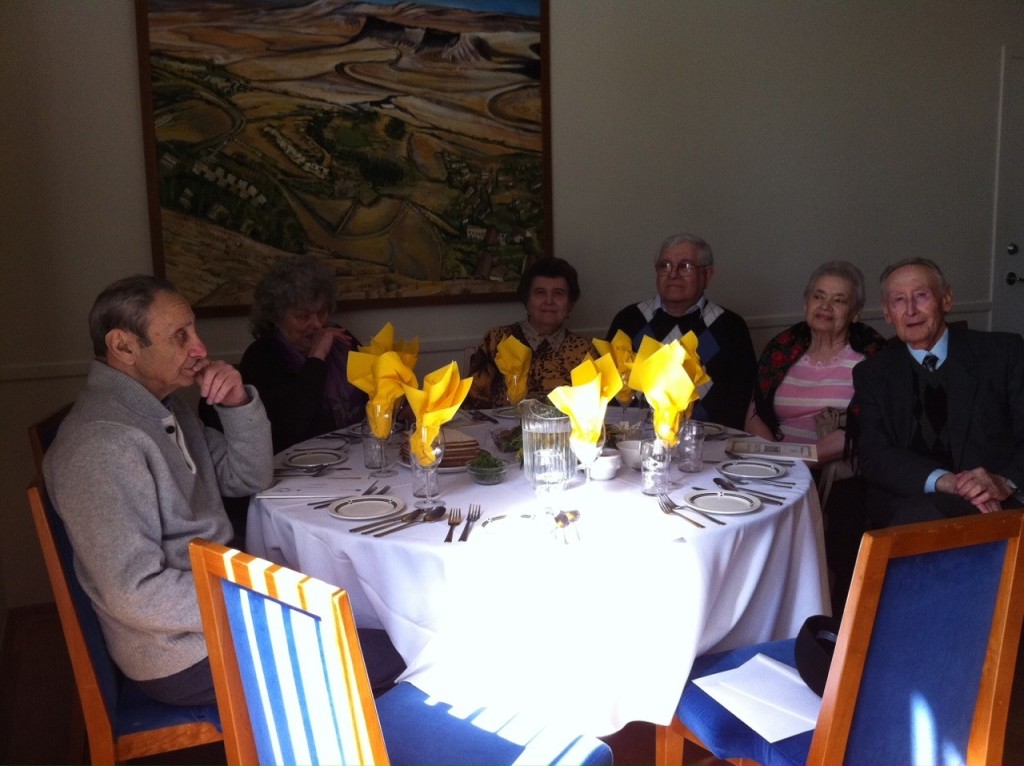 The 400 films, selected for the virtual cinema, reflect the vast scope of documentary material collected in the Spielberg Archive.

The films range from 1911 to the present and include home movies, short films and full length features.

Memorial To The Murdered Jews Of Europe The Memorial to the Murdered Jews of Europe, also known as the Holocaust Memorial is a memorial in Berlin to the Jewish victims of the Holocaust, designed by architect Peter Eisenman and engineer Buro Happold. It consists of a 19,000 m2 (4.7-acre) site covered with 2,711 concrete slabs or “stelae”, arranged in a grid pattern on a sloping field. The stelae are 2.38 m (7 ft. 10 in) long, 0.95 m (3 ft. 1 in) wide and vary in height from 0.2 to 4.8 m (7.9 in to 15 ft. 9.0 in). They are organized in rows, 54 of them going north-south, and 87 heading east-west at right angles but set slightly askew. An attached underground “Place of Information” holds the names of all known Jewish Holocaust victims, obtained from the Israeli museum Yad Vashem.

Serge Haber’s Testimony on the Holocaust

Serge Haber addressed students at the Vancouver Holocaust Education Centre during its 38th Annual Symposium on the Holocaust (May 1 – 2, 2013 at UBC).

Serge’s testimony was informative, graphic and enlightening. The audience of high school students from various ethnic populations was totally absorbed. Many questions were asked, and much discussion ensued.

The video consists of 4 parts:

Serge Haber’s story begins in the city of Yash, Romania. It is June 29th, 1941, the day of his Bar Mitzvah. At 6 am the nightmare started. In  this video Serge describes the fear and terror of what happened over the next 7 days and what he witnessed.

Phantom trains as witnessed and experienced by his Uncle and two cousins. The box cars were loaded with Jews who had been driven from their homes to the railroad station. This nightmare trip lasted 7 days and 7 nights.

Serge answers the students’ questions about his family’s escape, about the situation of the Jews who remained in the town, and about the politics and power struggles of that period.

Part 4: Looking to the Future

Serge tells of leaving Romania, the long journey from country to country to finally arrive in Canada in 1950.   He expresses his hopes for the future and his wish that the students continue to learn about the Holocaust  and fight against anti-Semitism  and a repetition of the  Holocaust.