JSA Spring Forum: With a Song in My Heart

Spring Forum? What spring? Heavy rain and cold weather welcomed JSA’s Spring Forum that took place at Peretz Centre. But the title With a Song in my Heart was more than fitting and filled the audience with warmth, and I would add ‘With a Smile on my Face’.

The first hybrid program of JSA attracted 40 people attending in person, as well as another 40 people by streaming links. Gyda Chud, Co-President of JSA, welcomed the audience warmly and reminded them of the work that JSA does in outreach, advocacy, and especially peer support.

The program featured Wendy Bross Stuart, Vancouver’s beloved ethnomusicologist, music director, composer, and piano accompanist, and was dedicated to the memory of two musicians of exceptional talent Claire Klein Osipov z”l and Joan Beckow z”l. Wendy was delighted to be able to engage three superb singers, Erin Aberle-Palm, Kat Palmer and Chris Adams, who delighted the audience with, not only their beautiful voices, but also with their charming stage presence.

The program started with the beautiful title song With a Song in My Heart, which is a showtune from the 1929 Rodgers and Hart musical Spring is Here. Wendy then spoke about the Joan Beckow Legacy Project that was started by Lisa Stuart and spotlights the works of the brilliant, prolific, and totally under-celebrated composer, who died in January 2021. Joan had been Michael Bublé’s vocal coach, as well as Carol Burnett’s music director. She wrote Pretending to capture the sense of wonder provided by Somewhere Over the Rainbow. Carol learned it in a day, and it became part of their production.

The delightful program included a Hebrew song Tov L’Hodot, as well as George Gershwin’s Someone to Watch Over Me, which was historically sung by Ella Fitzgerald. It continued with my all-time favorite Yiddish song Oyfn Prepitchik, which made me think of my mother, followed by Rozhinkes mit Mandlen, which prompted many in the audience to sing along. 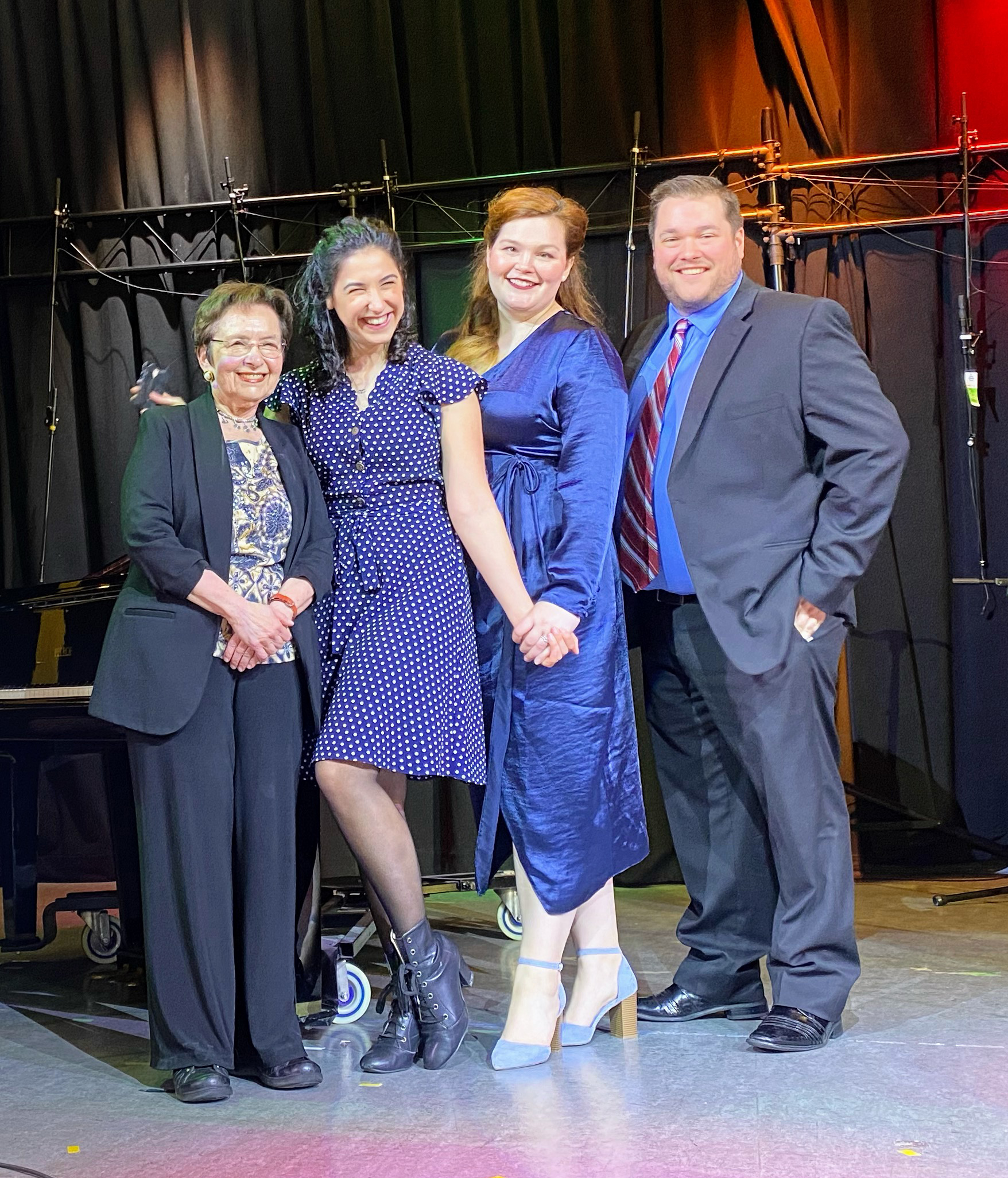 Guided by the Stars was a delightful conversation between husband (Captain Cook) and wife, who pleaded with him to be careful upon his forthcoming voyage. Alas, Captain Cook’s life came to a fatal end on that last voyage.

We are all familiar with the song Over the Rainbow, but few of us know that it was written by sons of Jewish immigrants from Europe who escaped the pogroms of Eastern Europe to “a land they only imagined in their dreams”. Edgar Yispel (Yip) and Harold Alan wrote Over the Rainbow for The Wizard of Oz, which came out on New Year’s day 1939, less than two months after Kristallnacht. The music is deeply embedded in the Jewish experience, and the lyrics are no longer about wizards but about Jewish survival.

A medley from Fiddler on the Roof further delighted the listeners, followed by On the Other Side of Nowhere by Joan Beckow. Joan’s son David selected his mother’s poignant lyrics to inscribe on her gravestone: ‘When this life is over, we will meet somehow, on the other side of nowhere, on the far side of now’. The performance ended with a singalong of Tum Balalaika, followed by an encore of Dona Dona.

Shanie Levin thanked the performers and spoke of the importance of remembering and honoring the two exceptional musicians Joan Beckow and Claire Osipov.

If you missed the JSA Spring Forum, the concert is available below. Take the time to enjoy these amazing musicians and performers!