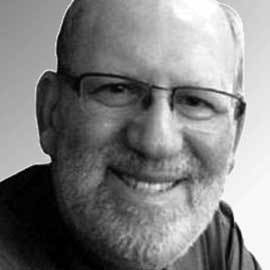 Michael Geller, B.Arch, MAIBC, FCIP is an architect, planner, real estate consultant and property developer with four decades’ experience in the public, private and institutional sectors. He serves on the Adjunct Faculty of the SFU Centre for Sustainable Community Development.
Michael Geller’s topic is “Lessons My Father Taught Me”. Michael and his father shared a unique and collaborative relationship, which served to give Michael a deep understanding, appreciation and sense of how to grow old with dignity. Dr. Eric Cadesky, MD CM, CCFP is a Family Physician, Assistant Professor at UBC, Medical Coordinator, Louis Brier Home and Hospital, and on the Board of Directors of Doctors of British Columbia.

Dr. Cadesky’s presentation is “Getting it Just Right: How to maximize your quality of senior life”. One of the topics he will discuss is that some things we do actually act to decrease our quality and length of life, hence the idea of ‘Just Right’ in the title of this talk. 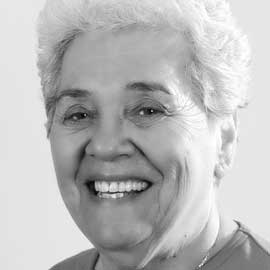 Gloria Levi, moderator of this event, is a social services consultant in the field of aging. She has a Master’s degree in Public Policy and is the author of ‘Dealing With Memory Changes As You Grow Older’ and a series of booklets entitled ‘Challenges of Later Life’.

Gloria was honored at the JSA AGM 2010 for her tremendous contributions to policy and program development on behalf of Jewish seniors. Through her work with the planning council and, in particular, her role as co-chair of the Council of Aging, Gloria has been in the forefront of advocacy for accessible and quality services.

YOLO: How full is your cup?

We look to the Jewish Seniors Alliance Spring Forum annually for inspiration and the 170 people gathered at the JCC Wosk auditorium on April 26th, 2015 found it.
Debbie Cossever, representing the JSA and Claire Weiss of the L’Chaim Adult Day Centre were Co-Chairs of this partnered event called YOLO- You Only Live Once-How Full is Your Cup?

Marshall Berger opened the afternoon’s program with a humorous song to the tune of “Side by Side” about a newly, married, aged couple.

Cossever welcomed the audience, describing the aims of the JSA and invited newcomers to join the organization. The JSA has approximately 700 members including 34 affiliates representing over 5,000 seniors in the Greater Vancouver area.

Saying that she hoped the afternoon would prove to be an informative one, Cossever then introduced Claire Weiss of L’Chaim who explained that it was also a celebration of their anniversary– 30 years of existence after having started in the Beth Israel Youth Lounge in 1985 and then moving to the JCC in 1988. Last year their well-trained staff delivered 1933 client hours and they are always looking for more members to join their ‘family’.
The candles on a huge, chocolate cake celebrating the 30 years were lit and all sang “Happy Anniversary” and ended with calls of Mazel Tov!

Gloria Levi, the moderator, a social services consultant, was then introduced. Levi has a Master’s Degree in Public Policy and is the author of “Dealing with Memory Changes As You Grow Older” and a series of booklets, “Challenges of Later Life”.

Levi introduced Michael Geller, an architect, planner, real estate consultant and property developer, who serves on the Adjunct Faculty of the SFU Centre for Sustainable Community Development and explained that the talk would be conducted in the an interview format.

Geller’s topic was ‘Lessons My Father Taught Me’. He acquainted the listeners with the unique and collaborative relationship he shared with his father, Sam Geller. He said his father would laugh thinking that Michael was talking about him saying that Michael never really listened to him. His father passed away 11 years ago at the age of 92.

Sam Geller was born in England, and was a soldier in WWll, who had survived being taken as prisoner of war. That occurrence coloured his life .The very fact that he had emerged alive made him happy and grateful just to be alive and he never sought material things for his happiness, subsequently, often saying things could have been so much worse.

He moved to Vancouver from Toronto and enjoyed life at Langara Gardens, his grandchildren visiting him, doing Sudokus, crosswords, swimming and exercising daily. He had an aneurism which had been discovered by his doctor whom he met upon arrival in Vancouver and attempted to live each day to the fullest, saying after all it could very be his last.

Michael Geller said his dad was a stoic, truly enjoying what he had rather than accumulating more items just to impress others that he may not care about in the first place. The lesson Michael received from his dad was ‘Do what you enjoy, what makes you happy and continue contributing to the happiness of others as that increases one’s own inner joy.’

The love and respect that Michael felt for his dad was reflected on his face throughout the talk. Thoughts of his father swimming are with him as he does his own laps in the pool.

Sam Geller had been one of the first members of Jewish Senior Advisory Council (the original name of the JSA) an organization whose very mission is to help others.

A book that was recommended by Michael Geller was ‘The Ancient Art of Stoic Joy’ by William B, Irvine.

Dr. ERIC CADESKY
“GETTING IT JUST RIGHT :
How to maximize your quality of senior life.”

Gloria Levy then introduced Dr. Eric Cadesky, who is a family physician, Assistant Professor at UBC, Medical Coordinator at Louis Brier Home and Hospital and on the Board of Directors of Doctors of British Columbia.
His presentation was entitled: “Getting it Just Right – How to Maximize your Quality of Senior Life”.
Dr. Cadesky disclosed that his mother in law was amused when she learned of his topic ‘Aging Successfully’ and asked him ‘what do you know about aging?’ He explained that we all age, no matter the number of years, but it is how we do it that is important.
He feels that some of the choices we make actually act to decrease our quality and length of life. Cadesky suggested that people live by these 3 guidelines:

Enough; be active; walk swim, – as more movement will lessen or ease pain
Enough; eat enough fresh, colourful foods that don’t require microwaving or foods that have an expiry date.
Enough; socialize; learn a new language, do crosswords, Sudokus -all help to keep dementia at bay.
Enough; use patience to deal with people who give you advice and knowing which to toss aside.

Anything that sounds too good to be true -usually is.
Except for Vitamin D, certain vitamins are actually unhealthy i.e. Calcium for postmenopausal women and vitamins A, C, E, Copper, Zinc, Selenium should be acquired from fresh foods rather than pills. Vitamin B 12 might be needed and that is why it is very important to be honest with your doctor when you seek medical advice. Sometimes ‘de-prescribing’ is what is necessary when you honestly discuss your physical comfort level with your physician at your annual examination and ALL your medications are assessed.

Most of us are generous but we generally do more for others than we choose to do for ourselves. Discuss challenges with your doctor that may be stopping you from doing what you want to be doing .Think of yourself. For instance; we are instructed that when in an airplane and an emergency occurs, we are told to put our own oxygen mask on and only then help others.

Some questions directed at Dr. Cadesky were:

How can we ease a senior’s loneliness? Suggestions made were to get the senior more involved with other people and activities – perhaps through the L’Chaim Adult day Centre or call JSA for their Peer Support Services.
Another question was -What are the benefits of Omega fish oil and the answer again was..via fresh fish and not as a pill.

Probiotics were discussed and that was something to be directed to the doctor as well as the benefits of alternative medicines or practitioners. Being honest with your doctor was stressed.

Dr. Cadesky named two books that the audience may enjoy-‘The Patient Will See You Now’ and ‘The Dash Diet’- although a diet consisting of fresh, colourful food is all that one really needs.
A question, which made everyone laugh, was “Are you taking any new patients?”

Gloria Levi then succinctly summarized the two speakers who had made this session vastly successful.

Geller inspired us by talking about Sam Geller’s exemplary adjustment to changes, losses and difficulties with humour love and appreciation of life, thereby leaving a legacy- a rich heritage for his children and grandchildren.

Cadesky advised us to have a realistic approach to life and not to fall for advertisements, which may be totally erroneous. We were told to scrutinize, to be critical and intelligent in our choices and to have confidence in our doctors.

Remember too-making others happy enriches our own happiness.

Special thanks went to the Co Chairs, to the table sponsors and staffers Annica Carlsson and Karon Shear. Shear is truly a constant, amazing JSA anchor. Thanks also went to the office staff, Rita Propp and to Stan Shear for videotaping the session which will appear shortly on the JSA website.

Door prizes were then handed out to the delight of the recipients.

Over tea and coffee, and the delicious chocolate cake as well as healthy, colourful, fresh fruit and veggies by Susy Segal (Nava Catering) and helped by Bagel Club volunteers (Ophira Schwartzfeld, Harriet Corda, David Benbaruj), we felt we had experienced an extraordinary afternoon and had adhered to the advice of our two speakers and that adage of Charles Glassman’s – ‘LIVE YOUR EVERYDAY EXTRAORDINARY’