SENIORS IN THE MOVIES: Stomping and Strutting their Stuff

What does one do when there is too much of a good thing? These past couple of months I have watched many wonderful movies. Ultimately I had to choose. My choices are five diverse and powerful films which allow seniors and senior actors to perform at their best. You will be impressed by their talent, energy and creativity. 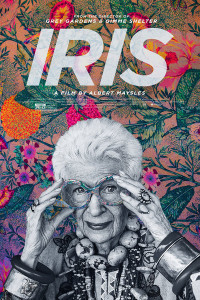 IRIS: (2015) a documentary about Iris Apfel, age 93, a fashion doyenne in New York City. She is an unabashed maximalist who believes in piling the accessories on. “Life is gray and dull” declares Iris. “You might as well have a little fun when you dress and amuse people.” She and her husband, former textile manufacturers, were hired by First Ladies for fabric restorations at the White House. But it was only in the past few years that fashionistas discovered her idiosyncratic style. The documentary has captured Apfel’s passion for both couture and flea market finds, and her encounters with various celebrities. It also highlights a love story, Iris Apfel’s loving relationship with her husband who celebrates his 100th birthday during the filming of the documentary. merican country music singer Glen Campbell on his farewell tour. The film centers on Campbell’s struggles with Alzheimer’s disease. It is an elevating experience, inviting the audience to bear witness to Campbell’s courage, humour and spiritual strength. Mr.Campbell’s wife, Kim, is the main voice in the film, which shows just enough of the worst moments of Alzheimer’s – the raging, the inability to recognize loved ones – to make you appreciate how drastically the disease affects everyone close to the person who has it. His family members offer the instructive and poignant film as an awareness vehicle and a gift to his longtime fans. WOMAN IN GOLD: (2015), stars Helen Mirren and is based on the true story of Maria Altmann, an elderly Jewish refugee living in Los Angeles. Maria and her lawyer struggle against the Austrian government to retrieve her aunt’s artwork, Gustav Klimt’s “Portrait of Adel Bloch-Bauer I” which had been stolen by the Nazis. Ms. Mirren’s portrayal of this sometimes fearsome woman who doesn’t suffer fools is ultimately sympathetic. The film’s most gripping scenes are flashbacks portraying the Nazis’ triumphant entrance into Vienna. Young Maria remembers her parents’ final words “remember us” and, after taking her legal battle all the way to the Supreme Court of the United States, she ultimately regains ownership of the painting. 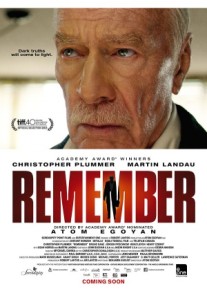 REMEMBER: (2015) by Canadian director Atom Egoyan. Christopher Plummer and Martin Landau, veteran actors, are superb in this movie. A nursing-home resident Zev (Christopher Plummer) sets out to exact vengeance on the man who murdered his family seven decades earlier. Zev has Alzheimer’s disease and suffers from memory loss; therefore Max (Martin Landau) has scrupulously written down instructions for every step of the journey Zev has agreed to take, in search of a man named Rudy Kolander. Remember is a sinister tale of revenge, infused with moral gravity and black humour. It will keep you in its grips until the tatters of Zev’s memory have finally been stitched back together. 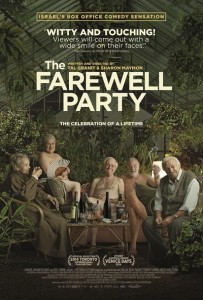 2015, is an Israeli film in Hebrew with English subtitles. The storyline is about the use of a euthanasia device. We participate in an ultimately moving tale among a small coterie of longtime friends heroically maintaining their independence and dignity in a Jerusalem retirement home. The suffering of a terminally- ill member of their circle forces them to consider the merit and confront the risks, of friend-assisted suicide. There is deadpan comedy, black comedy and bittersweet comedy. Wonderfully played by a cadre of veteran comic actors, it’s the film for anyone who’s every grumbled that nobody makes movies for older audiences anymore. 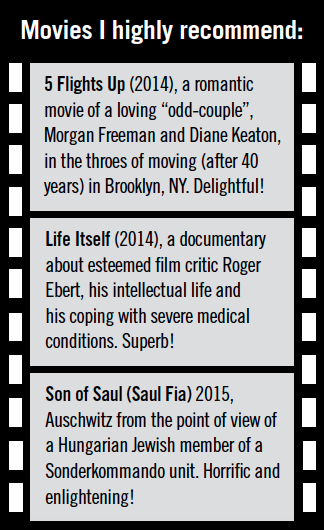