The Silver Economy:
Making their mark as consumers and entrepreneurs

Countering Ageism and Caricatures of Aging

As humans we have a penchant for categorizing everything including people and groups. By doing so we can affix cultural and social expectations to various population segments which allow us to measure where people belong on a social scale. Without this type of classification it would be almost impossible to establish the necessary structures that navigate life and social orders. Age plays a major role in determining where people are placed on a social ladder. Historically older adults have not done well but the population pyramid is changing as a dramatic shift is taking place. A recent UN World Population report estimates that within the next 10 years, the number of people in the world aged 60 years and over will reach close to l.5 billion. The aging of the population has been met with much trepidation and fear and has, for the most part, been described in negative terms.

As an older person I became incensed when we, older persons, were referred to as the “gray tsunami.” A tsunami is seismic upheaval that can have dire consequences. Comparing older people in this derogatory term implies that we are nonproductive and an economic and social drain on society. But the tide is turning and older adults’ contributions to society as consumers, innovators and entrepreneurs are now recognized. This phenomenon has been coined the “silver economy.” According to Wikipedia: “the silver economy is a system of production, distributions and consumption of goods and services aimed at using the purchasing potential of older and aging people and satisfying their consumption, living and health needs.”

The New Demographics and Potential for Economic and Social Growth

It is projected that within the next 100 years, 25% of the population in the developed world will be over 60 years of age, but the growth of this segment will also impact the developing countries. Professor Dumont from the Swiss based International Organization for Standardization hypothesizes that the aging of the population will cause inadvertent changes for government policies and procedures but will at the same time provide opportunities for growth and innovation. A recent report by the World Economic Forum finds that “aging becomes a commercial opportunity that feeds the top and bottom lines.”

The most recent Canada Statistics data show that that Canadians over the age of 65 outnumber those of children under the age of 19. Contemporary seniors will live longer than their predecessors as they are better educated, healthier and wealthier. A 2016 economic report states that Canadian households age 65 and over showed an average net worth of $845,600; thus this population segment is not only large in numbers but also has the spending power which makes them a formidable market for products and services. A US Consumer Survey concludes that older adults outspend other generations on consumer goods and services such as health, travel and real estate.

Businesses and service providers have been quick to target the “silver haired” market to reach their own commercial and profit targets. By reconstructing the image of older people from vulnerable and docile to sophisticated and alert, they are attracting older consumers. It is becoming increasingly rare to see ads for Polident, Viagra and protective underwear. Now we look at well-groomed older people sipping wine on cruise ships, driving a late model SUV, and Helen Mirren peddling beauty products. Shopping centres and big box stores have increased access by offering free mobility scooters for customers and strategically placed benches for tired shoppers.

A World Economic Forum White Paper states that depending on your birth year, your life expectancy will be anywhere from 85 to 103. A longer life however does not equate to good health and quality of life; hence the need for home health care services will likely grow significantly over the next decades. The majority of older adults want to maintain their autonomy and to remain in their own homes, and the availability of home care assistance such as domestic, grooming and nursing services make this possible. 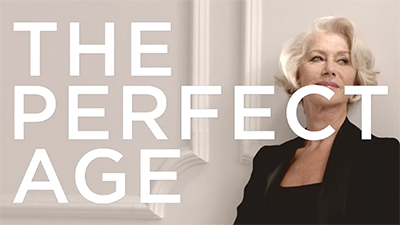 The social advantages of such arrangements are threefold as they: reduce health care costs, create employment, and provide a better quality of life.

For seniors who live independently, technology plays a pivotal role. Voice activated products can assist people with mobility and other health issues. On command “Siri” will activate light switches, regulate room temperatures, and control electronics. IPhones can monitor and record movements at entry/exit doors, and they can read blood pressure, heart rates, and glucose levels. The medical data is transmitted to an appropriate health care provider. Seniors who opt to sell the family home and move to an easier-to-maintain dwelling will have a plethora of choices among luxurious independent living facilities which offer gourmet meals, weekly housekeeping and recreation. The growth of the aging population will inspire more innovations and employment opportunities in the home care, technology, construction, real estate and hospitality fields which in turn will stimulate the economy.

All older adults are consumers but most are neither entrepreneurs nor employees. In Canada it was not that long ago since that mandatory retirement at age 65 was abolished. Now people can choose to stay in the workforce for several more years. Most of those who decide to remain do so because they like to work as it keeps them involved and busy. However, they generally choose to work fewer hours or take contract positions as these offer more flexibility. The extra income can be put toward travel and other preferred leisure activities. Retaining part time and contract workers is also beneficial for employers as they are not obligated to pay benefits. Many retired professionals start home-based services in their particular field such as educational or financial services. For many adventurous older adults retirement is the time to follow passions and to start something new. There are numerous opportunities for older people to venture out and follow their dreams. “Foodies” may start a bed and breakfast service, historians may open their homes to Airbnb tourists and as a side line provide tour guide services. Artisans may start an on-line business where they can sell their creations and merchandise.

The potential of “the silver-economy” will create a cultural change that will tear down the myths and misconceptions about aging and the older person. To a certain extent some myths may carry a kernel of truth as aging may eventually break down the physical and intellectual abilities. But as Dr. Jordi Alberch of the University of Barcelona reminds us: “elderly people can stay active and are very useful to society, and not only from the perspective of values. They pay income tax, their spending power and experience contribute to economic growth and development. We should stop thinking of elderly people as burdens, and learn to appreciate their contributions and the opportunities these provide.” (This writer says Amen).

Exercise as Medicine
To Screen or Not To Screen for Cancer!