SENIORS IN THE MOVIES: The Best is Yet to Come!

Jewish Seniors Alliance > Entertainment > Movie Reviews/Theatre/Song and Dance > SENIORS IN THE MOVIES: The Best is Yet to Come!

On the occasion of his 90th birthday, Tony Bennett has written a new book entitled. Just Getting Started. At his birthday celebration he said “There are so many things in life that bring the public 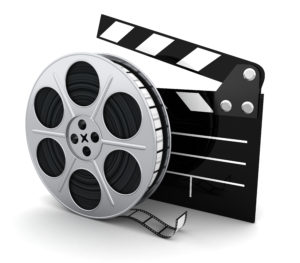 down and the one hour that I perform, I try to lift up their spirits and make them feel good about life. And when they feel good, I sleep well.” We at JSA will drink to that! L’Chaim לחיים

We congratulate Bob Dylan, age 75, for his winning of the Nobel Prize for Literature “for having created new poetic expressions within the great American song tradition.” His lyrics were valued for their success in stirring pleasure and inspiration. Around the world Dylan has inspired more political change than all our think tanks combined. In fact, there is a stubborn optimism underlying even Dylan’s darkest songs because he embraces faith in people and democratic institutions. Dylan’s moral vision resisted the sudden secularism of the Sixties and stood proudly on religious underpinnings (http://www.c2cjournal.ca/2016/10/dylans-nobel-dont-think-twice-its-alright/).

is a delightful British movie based on historical facts, slightly embellished. Michael Gambon (age 76) and Lindsay Duncan as Clementine (age 66) are superb as Mr. and Mrs.Churchill. Aided by Nurse Millie Appleyard (a figment of the director’s imagination), Churchill is cared for (secretly at Chartwell, his family home) after a severe stroke; and the world is unaware of this medical and political crisis. Squabblers and alcoholics, the snarky siblings, Diana, Sarah, Mary and Randolph are fun to watch. A lovely picture of hope, power, family and growing old. is a post-Holocaust drama based on the actual trial of Holocaust denier, David Irving. American academic Deborah Lipstadt is sued by Irving for libel on the grounds that her book Denial: Holocaust History on Trial, has ruined the once well-regarded military historian’s career. A band of British lawyers are hired by Lipstadt; they must prove that the Holocaust did indeed take place. They must disprove his evidence. There are compelling courtroom arguments. Tom Wilkinson (age 68) as Lipstadt’s Scottish lawyer makes Irving squirm in the stand. All of the trial testimony comes from court transcripts. Had Mr. Irving won his case, the potential repercussions would have been catastrophic. 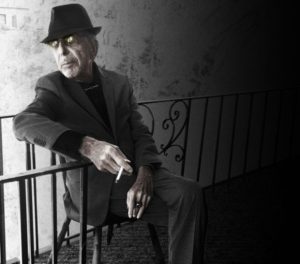 Leonard Cohen’s death has brought forth a wave of appreciation and accolades. Moses Znaimer wrote, “He was calm in the face of death… His song, ‘Going Home’ is the perfect expression of what he knew was coming.

It’s stunning—he had a sense that he was getting close to his time… But the most lasting image that I will always have of him is of a man in a room, a bare room, trying to write the perfect song (Zoomer Dec. 2016/Jan. 2017). 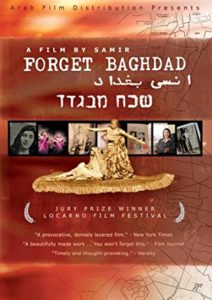 In this documentary the director, writer and narrator, Samir, delves into the lives of four Iraqi-born Jews living in Israel. He asks the question “what is it like to change your country, to forget your culture and language and to become the enemy of your own past?” Shimon Ballas, Moshe Houri, Sami Michael and Samir Naqqash, Jewish men in their 70’s, grew up in Iraq at a time when Arabs and Jews coexisted there more or less peacefully.

All four are self-described Mizrahim (Oriental Jews) living in a country dominated by Ashkenazi (Europeandescended) Jews. About two-thirds of the movie is devoted to reminiscences. The other third focuses on the work of Ella Habiba Shohat, an Israeli film scholar devoted to analyzing the stereotypes of Mizrahim in Israeli cinema. In English with Arabic and Hebrew subtitles.

On Nov. 4, 1995, after addressing a large peace rally in a Tel Aviv square, Prime Minister Yitzhak Rabin of Israel was assassinated 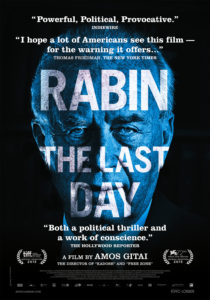 by a law student named Yigal Amir. The movie Rabin, the Last Day, is a mixture of documentary and historical reenactments which not only relive the actual assassination but also, delves into the lapses of intelligence and the excuses of those responsible for the safety and security of the Prime Minister, as provided by the Shamgar Commission of inquiry, headed by the president of the Israeli Supreme Court. We see the threats, extremist propaganda and religious fanaticism; all of which was known to the authorities and yet, not taken seriously.

Amos Gitai, the director, asks the question “How did it happen?” His anguish is palpable, so is ours. While the earnest bureaucrats of the commission question police officers and limousine drivers, a world of religious and ideological zeal is explored that exists at once in plain sight and beyond the reach of their inquiries. We, the viewer, share in his profound frustration. The movie is in Hebrew, with English subtitles, PAL format.

Gett: The Trial of Viviane Amsalem, גט∫†המשפט†של†ויויאן†אמסלם To Take a Wife ולקחת†לך†אישה and The 7 Days שבעה 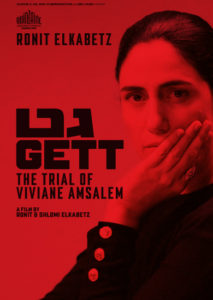 Although the recent movie GETT stands alone as a masterpiece, audiences may be surprised and delighted to learn that it is the third film in a trilogy. The first film by sibling directors Ronit and Shlomi Elkabetz in this series was To Take a Wife 2004 ¨ולקחת†לך†אישה†. Ronit Elkabetz’s brilliant performance as the wife in a troubled marriage reveals, in shattering dialogue and exquisite detail, how a couple can live for years enduring mental torture and perpetual misery. The second film The 7 Days 2008 ¨שבעה†continues the story of Viviane and her family. Maurice, one of nine brothers and sisters, has suddenly died. The family (the same actors as in To Take a Wife) gathers for the traditional seven days of mourning (shiva) in which they are not allowed to leave the house. Old resentments, jealousy, gossip, long term rivalry and financial problems come to the fore.

“GETT” is Hebrew for a divorce decree, something which can be very difficult to get in Israel, where rabbinical courts hold jurisdiction and which must be granted by the husband. The movie GETT: The Trial of Viviane Amsalem 2014 ¨גט∫†המשפט†של†ויויאן†אמסלם†is a riveting drama which follows the five year struggle of Viviane (Ronit Elkabetz) to break from her loveless marriage to husband Elisha (Simon Abkarian). Same actors, same intensity—a woman seeking a divorce from her domineering husband in a religiously conservative country. All dialogue takes place in a barren court room, the cast of characters are witnesses and lawyers who flow in and out. It is as relentless as an action adventure picture. The heroine’s plight is the focus of attention, she is the heroine in a narrative she cannot control.

All three films are in Hebrew, Arabic and French with English subtitles. Shiva is in PAL. It requires a special DVD player; or it can be viewed on any computer.

“How can we accept, love and interact with those affected by dementia?” and “Ready to See the World”
Portrait of an Artist: Lilian Broca