Portrait of an Artist: Sergey Karlov

Portrait of an Artist: Sergey Karlov 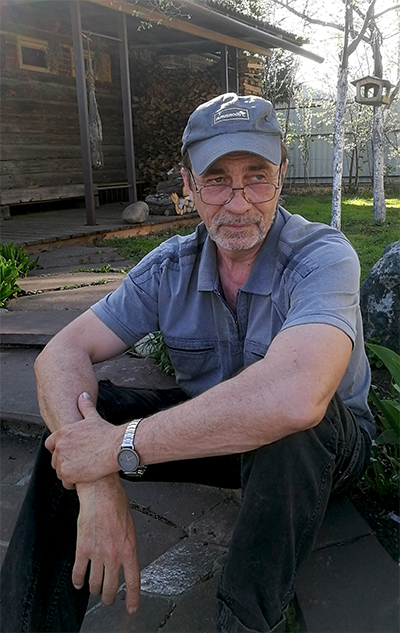 I was smitten from the first glance at the image—a large mosaic of three graceful, fluid female dancers in muted tones of green, all done in large pieces of stone! How could that be? Stone is rigid, dull, clumsy, yet, in the hands of Sergey Karlov, these stones were transformed into a vision of beauty, intelligence and spirituality. Who was the artist? Where was this mosaic master? Sergey Karlov grew up in the village of Majna on the southern tip of the republic of Khakassia in Russia. Oy! I do not speak Russian, but I wrote to him in English. I told him about JSA, Senior Line Magazine and the work we do. Sergey generously gave us permission to place images of his extra-ordinary work on our cover and in our magazine.

As a teen he began working at the stone-working plant of the Sayanmramor Combine, as a stone cutter and grinder, then spent five years studying at the Urais College of Applied Arts at the Faculty of Artistic Stone. Here he developed an appreciation for the classical mosaic arts, especially Roman, Byzantine and Florentine styles. He also studied the classical products of the Russian masters of the Ekaterinburg and

Peterhof lapidary factories, the Kolyvansky stone-carving plant and historical and cultural monuments represented in the Hermitage in St. Petersburg. He later lived and worked in Moscow, where he was engaged in the design of decorative environments for residential and administrative interiors, landscape design and monumental and easel mosaics of stone using mixed techniques. Currently Sergey Karlov is living and working in Sayanogorsk. 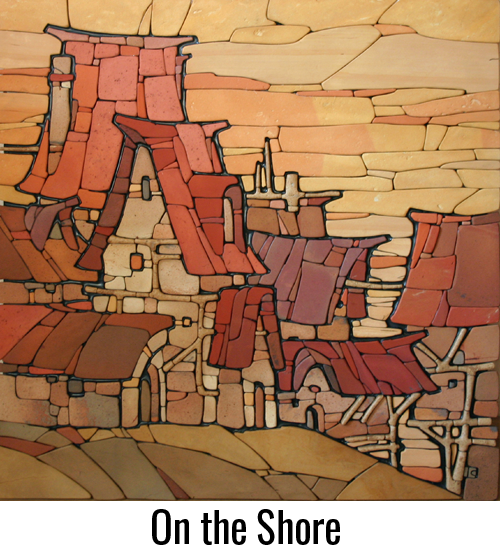 Alphonse Mucha, Antoni Gaudi and Gustav Klimt are some of the artists that have influenced Sergey’s mosaic designs along with the folk and mystical traditions in the region where he resides. He favours the Florentine tradition, with careful utilization of the natural color variations found in the stones. Sinuous botanical borders and motifs, typical of Art Nouveau, appear in some of his mosaic panels. Most of his mosaic pieces are made with stone sourced from the Eastern Siberian steppes. He has refined the technique of reading the rhythm of the stones and combing the colours to compliment this. Sergey collects local steppe stones that have laid for millions of years on the ancient Khakass land. He is interested in their external heterogeneous shape, colours and rough textures. He likes to work with the harmonics of the natural world and stated that “when you are one with nature and often communicate with her, you begin to imitate her and live and create according to her laws, and not by someone else’s thoughts.” Enjoy more of Sergey Karlov’s work at the following websites:

SENIORS IN THE MOVIES – Summer 2019
Sex After Sixty