Portrait of an Artist: Yuri Dojc 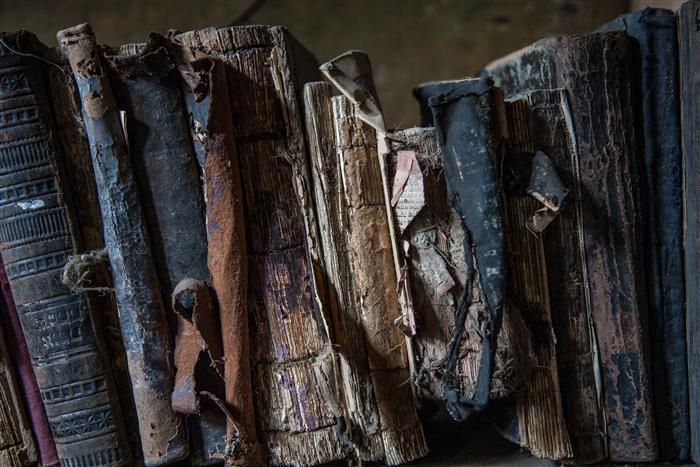 Reflections on the role of guardians, on “that which remains” in Last Folio: A Photographic Memory by Yuri Dojc & Katya Krausova. 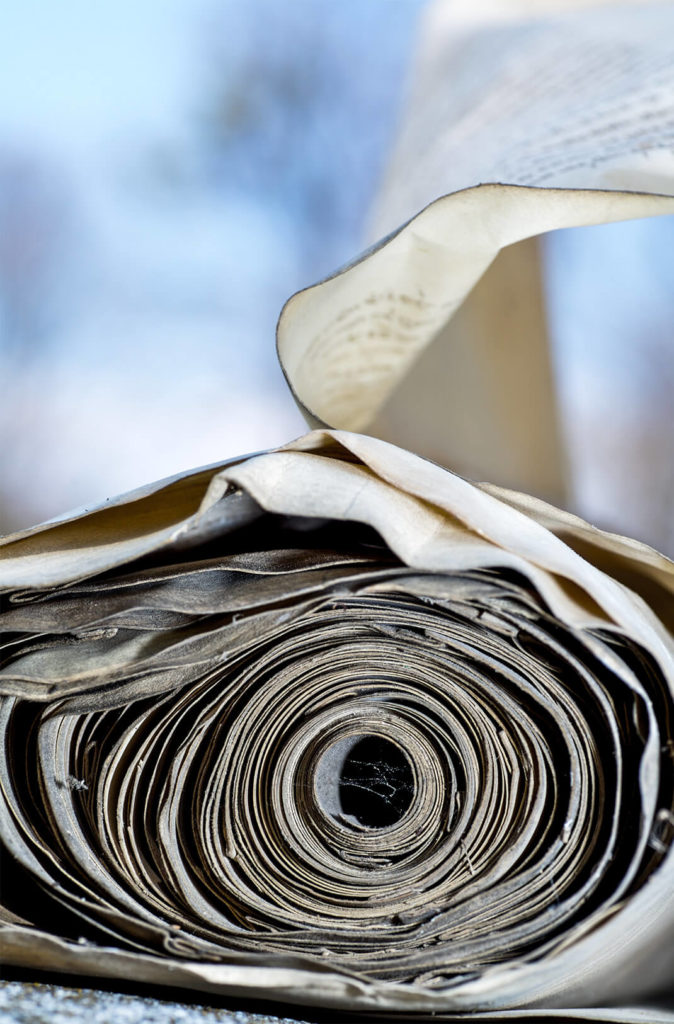 Fascination, horror, admiration, exaltation are the words which come to mind when I search to describe the emotions I felt reading Michael Posner’s book review of Last Folio: A Photographic Memory by Yuri Dojc & Katya Krausova (Queen’s Quarterly, Winter 2016, pp 561-571). The personal saga of Katya Krausova, cinematographer, and Yuri Dojc, photographer, the horror of the Holocaust in Slovakia and the discovery of remnants of the vibrant Jewish communities stripped of their Jews, their culture and their religion, provoked my curiosity and my imagination. Dojc and Krausova found classrooms, textbooks, a synagogue, prayer books, clothing and ritual ornaments, all lovingly cared for, undisturbed, unmolested and somehow cherished since the scooping up of three-quarters of the Jews in the towns of Slovakia in 1942.

It was as if he were entering a time capsule, classrooms frozen at almost the precise moment that Nazi transports had taken the students to the concentration camps-and almost certain death. Except for the mould and the yellowed, tattered pages, everything was exactly as they had left it: a bowl of sugar on the shelf, books inscribed with childhood signatures, notebooks filled with essays on their aborted life ambitions (Posner, p. 566).

Yet, for me there was something more than photographs and meetings with Holocaust survivors which was being revealed, I had to read the book. Last Folio is a work of art filled with dramatic testimony and the saga of an epic journey of chance meetings and breath-taking discoveries resulting in exquisite photographs and a documentary film—labours of love and devotion by Yuri and Katya. After reading the text and examining the photographs—the most beautiful I have ever seen, I began to meditate on the fact that all these images were found in places abandoned in 1942; their Jewish owners and community members wiped out by the Nazis.

Strange place names like Bratislava, Bardejov, Sastin, Michalovce and Kosice became familiar to me, as the tallit, tefillin, prayer books, mikvah and Torah fragments came alive in my eyes. One of the most haunting images is that of a book fragment with the Hebrew letters הנשאר, which means “that which remains” clearly legible on the delicate paper (p. 059).

The essays which follow by Azar Nafisi and Steven Uhly commemorate and honour the murdered Slovak Jews and their collective memory. Yet, there was still something that I was missing. I reread the text by Katya Krausova and found the following lines:

Mr. Bogol’ tells us that he is the warden of the Protestant church, that he and his wife have lived in the same block with the Simonovics for more than 40 years and that following the death of Mrs. Simonovic’s brother, he became the keeper of the keys of a building in the town….Time stopped still in this building, which housed a Jewish school a long time ago, almost certainly in 1942, the day when Bardejov Jews vanished forever. Mr. Bogol’ proudly shows us how he and his wife have been painstakingly cleaning each bench, each light, each seat, finding – and preserving – every object, religious or otherwise (p. 014).

And, they find another building filled with books, also preserved and protected; waiting for Yuri and Katya to discover them.

Here was my phantom question, here was the missing link! How was it that these empty, cold, barren-of-life places were taken care of for over 70 years? Who would do such a thing? Why would they do it? Were the guardians of these precious objects waiting for someone? Why didn’t the municipality tear down the buildings or strip them of everything and renovate them? Who paid for the maintenance and taxes on the buildings?

The guardians and the keepers of the keys took these responsibilities upon themselves, year after year, until they bumped into Katya and Yuri, convincing the harried and exhausted researchers to take a look.

Embossed on the front cover of the book we read:

– A Reflection On Universal Loss As A Part Of European Remembrance.

These unheralded, unacknowledged guardians were the protectors and defenders of the memory of the Jews of Slovakia and their Jewish community. To them we owe enormous gratitude.

The book Last Folio is available at the Isaac Waldman Jewish Public Library at the FCC in Vancouver.

SENIORS IN THE MOVIES
Homemade Shakshuka – Recipes by: Yamila Chikiar