Preparing For The End Of Life Transitions

The Jewish Seniors Alliance Fall Symposium was held on Sunday, October 29th, at the Vancouver Peretz Centre.  One hundred and sixty enthusiastic participants came together to hear about and discuss “Preparing for End of Life Transitions”.  The audience was interested in learning about the various aspects of this topic, from the importance of Advance Care Planning presented by Dr. Sue Hughson and from Jewish Perspectives, presented by Rabbi Philip Bregman. The afternoon began with a welcome by Ken Levitt, president of JSA. Ken encouraged all to become supporters/members of JSA.  He then introduced Gyda Chud, vice-president of JSA, who was the moderator of the Symposium. She explained the format for the afternoon and then introduced Dr. Hughson. Dr. Sue Hughson, has been practising veterinary medicine since 1990. Along with her duties on the Canada Board of Dying With Dignity, Dr. Hughson is the co-chair of the DWDC Vancouver chapter. She oversees the organization of independent witnesses for assisted dying in the Lower Mainland region and delivers advance care planning presentations. She has been involved in social activism in various forms over the years and currently serves as Past President of the British Columbia Humanist Association.

Dr. Hughson began by pointing out that talking about dying won’t kill you and that supporting end-of- life choices is pro-choice not pro-death.  She outlined the various documents that should be completed in order to plan, in advance, for orderly outcomes.  Some of the documents that need to be completed are:  Advance directive, Representation agreement and Enduring power of attorney.

These documents should be easily accessible, e.g. keep in the freezer.  If they are in the bank they will not be easily accessed.  She suggested bringing them to the hospital so that the staff is aware of your wishes. These issues should be discussed well in advance with family and close friends so that everyone involved is cognizant of the planning.

In British Columbia we have the following rights: Right to a second opinion; Right to refuse treatment, Right to end you own life; Right to assisted death (if you qualify). There are a number of organizations that can help expedite your planning.  One is Nidus and another is Dying with Dignity.   They have a lot of information on their websites and are also accessible by telephone.  Other helpful aids are estate lawyers and financial planners.

One point about the representation agreement, there are two forms:   Number 9 is the form for capable adults, and Number 7 is for those unable to complete it on their own. In this agreement you are outlining you choices, so that should you become incapable, those acting on your behalf can carry out your wishes. You can register your documents with Nidus. It is interesting to note that eight out of ten doctors have done advance care planning because they see the importance of doing so.

He moved to Vancouver where he became Senior Rabbi at Temple Sholom from 1980 -2013. In addition, Rabbi Bregman co-founded RAV (Rabbinical Association of Vancouver) with Rabbi Solomon in 1981, is an original member of JCD (Jewish Christian Dialogue) since 1995, and has operated as Jewish Chaplain for U.B.C. since 2013. He is highly involved with Hillel BC where he continues to serve as Executive Director.

Dr. Bregman explained the importance in Judaism of having an Ethical Will,

where you can record your beliefs and ideas that you want to pass on to future generations.   This has been a practice in Judaism for thousands of year.  Your Ethical 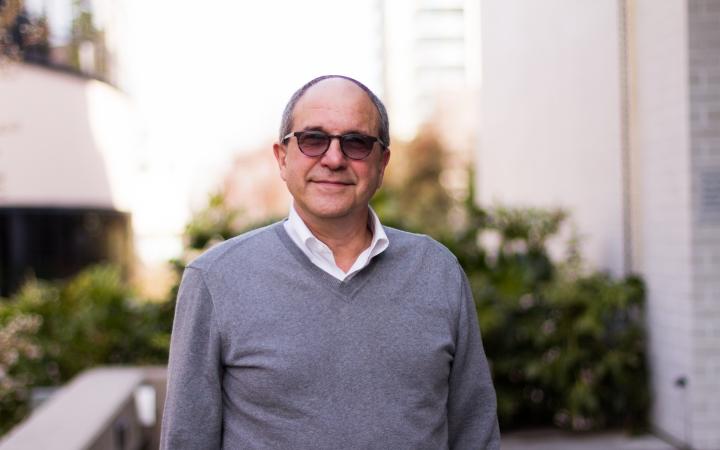 Will can be written or in the form of a video.   He emphasized how important is it is to have the discussion about end of life with your family, what you want to happen regarding funeral arrangement, burial, etc. Even though many avoid these talks, they are of utmost importance.  The dying person may be afraid to begin these talks if he or she feels the family is afraid to discuss them, thus the dying person may feel isolated.

Dr. Bregman explained “vedui” a prayer said at a deathbed if the dying person is unable to say it themselves. It is a prayer asking God for forgiveness.  He stated that people usually die at night or early morning. He thinks it may be because they wish to be alone.  But he has experienced the awesome feeling of being present at the moment of death and being aware of the soul leaving the body. The tradition of naming children after a departed relative stems from the idea of the continuation of the “neshama” (soul) in a new being.

Rabbi Bregman emphasized the importance of organ donation as helping with life.   It is not against Jewish tradition and is accepted even by the Orthodox.  He felt we should talk with the Chevre Kadisha to learn more about the traditions surrounding preparation of the body.  For example, in order to be kosher, the coffin must be biodegradable.  There must also be holes in the coffin for a quicker return to nature. We are, after all, only burying the vessel—the “neshama” has already departed.

To a question about cremation, Rabbi Bregman replied that in Judaism nothing should be done that is disrespectful to the body and burning was considered disrespect. In post-Holocaust time it is his belief that burning would be a total destruction akin to the Nazi destruction. Regarding leaving your body to science or a post mortem it is important to specify that the body be returned for Jewish burial, otherwise it will be cremated. Finally, he stated how important it is to make funeral arrangements in advance, how helpful that is for the family and again he encouraged everyone to become an organ donor and help save a life.

Gyda thanked the speakers and invited everyone to partake of the refreshments.  A video of the entire event as well as the power point by Jack Micner, will be available on the Jewish Seniors Alliance web site.