Teach The World To Sing 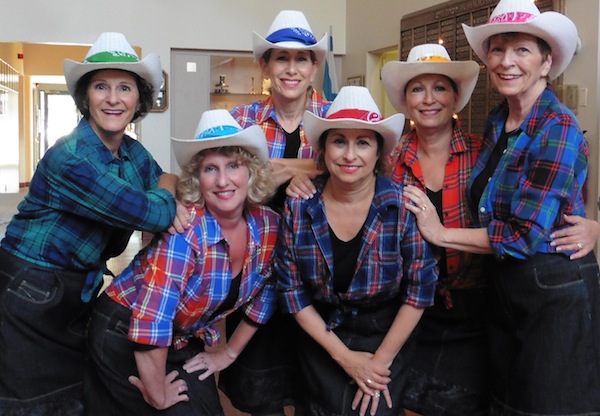 The duet sung by Maurice Moses and Debbie Cossever, “Teach the World to Sing,” set the tone for the entire afternoon performance by JCC Showtime at the last of this year’s JSA Snider Foundation Empowerment Series, which had as its theme, “A Smile on Your Face, a Song in Your Heart.”

Toby Rubin, executive director of Kehila Society of Richmond, welcomed the crowd of 100 who gathered June 29 at Congregation Beth Tikvah for the Jewish Seniors Alliance of Greater Vancouver and Kehila event.

Rabbi Howard Siegel, who led the Hamotzi, joked with those assembled that the reason there was no clock on the wall was because it would not suffice to record the length of his sermon (which he said he was about to deliver), as his would require a calendar.

After the BBQ lunch catered by Stacey Kettleman – and just before a huge cake honoring all the volunteers was served – Rubin called up a number of those volunteers from her various committees and presented them with certificates.

Rubin said that, in the audience, there were people from the Louis Brier Home and Hospital, L’Chaim Adult Day Centre, JSA, Angels There for You, CARP and seniors from Beth Tikvah, as well as people who had heard about the event through publicity.

The program began with “Happy Opening“ and showcased the talents of the JCC Showtime performers, accompanied on piano by Muriel Morris and with Gary Zumar as sound technician. Each number presented new and charming scenarios, which included quick and clever costume changes. Some crowd favorites were the duets “Together” and “Let’s Call the Whole Thing Off” by Arnold and Nassa Selwyn; the guest appearance of “Dolly,” Marshall Berger dressed as a woman; Cossever belting out “Can’t Get a Man with a Gun”; Moses engaging the crowd with “Beautiful Morning”; and the striking cowgirl dance, as well as “Chattanooga Choo Choo.” Two of the last songs, “Tzena Tzena” and “Hava Nagila,” led by Moses and Arnold Selwyn, took the crowd to Israel as they sang along.

Complex choreography and the blink-of-an-eye costume changes were all conceived and created by the founder of JCC Showtime, Beryl Israel, who immigrated in 2002 from South Africa, where she had been involved with a similar program. 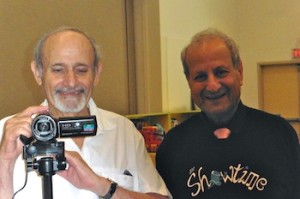 Just as the performers were about to leave the stage, Berger was handed the microphone and asked to sing “Happy Birthday” to his wife, Marilyn Berger, president of JSA, who was celebrating her birthday that afternoon. He was joined by all the performers in the singing of a touching rendition of the song.

Marilyn Berger thanked the performers for a wonderfully joyful afternoon that traveled down memory lane and she also gave a short talk about JSA, highlighting its advocacy and its peer support program. She then handed out gifts for each of the cast, helped by Kenneth Levitt, one of JSA’s vice-presidents.

Stan Shear, with Karon Shear, JSA coordinator, by his side, made a video of the performance, which will be posted at jsalliance.org.

It was an afternoon that definitely put smiles on faces and songs in hearts.

Binny Goldman is a member of the Jewish Seniors Alliance of Greater Vancouver board.

BACK TO Elders Empowering Elders 2014-15