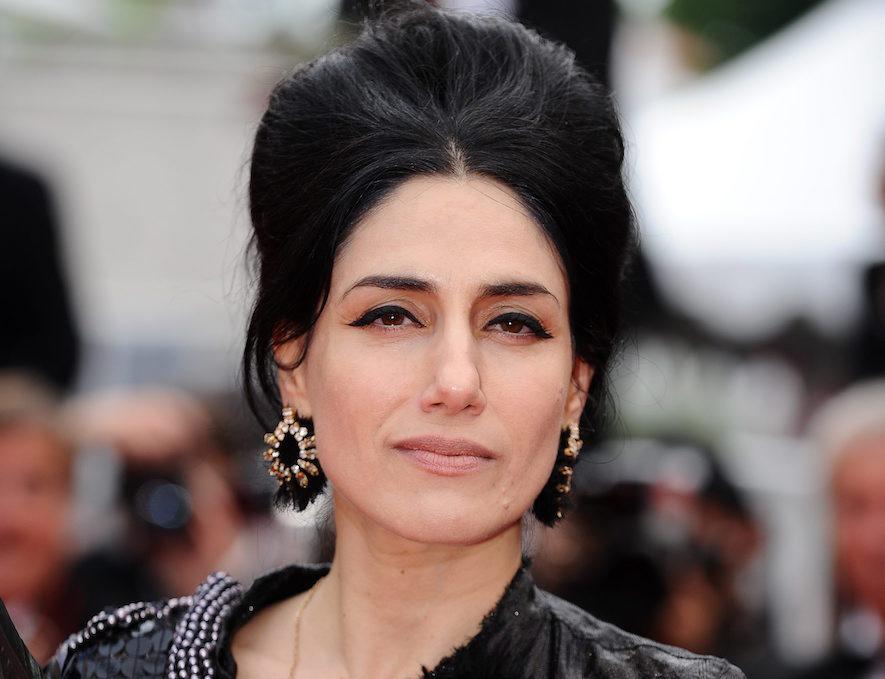 —Actor and Director Ronit Elkabetz, actor, director, wife, mother and daughter is no longer with us. She died at the age of 51 from cancer. Amos Gitai said “…she was simply spectacular.” Shimon Peres said that Elkabetz was “an extraordinary cultural ambassador for the state of Israel.” The New York Times obituary spoke of “searing performances” and Charles Tesson of the Cannes Film Festival called her “an indispensable figure…responsible, in no small measure, for the richness of Israeli cinema that we have seen at Cannes for years.”

In my recent “In the Spotlight” review I wrote about her greatest achievement, the trilogy—To Take a Wife, The 7 Days and Gett: The Trial of Viviane Amsalem. She co-directed these films with her brother Shlomi Elkabetz and starred in all three. Based on the unhappy marriage of her Moroccan immigrant parents, she played the role of Viviane, like her mother a hairdresser married to a deeply religious and conservative postal worker. The Waldman Library is pleased to announce that we have three of her previous masterpieces, Late Marriage 2001, Or (My Treasure) 2004 and The Band’s Visit 2007.

Late Marriage, מאוחרת חתונה , centers on Zaza (Lior Ashkenazi, in his breakthrough role), 31-year old child of tradition-minded Georgian Jewish immigrants who are anxiously trying to arrange a marriage for him. Unbeknownst to them, he is secretly dating a 34-year-old divorcee, Judith (Ronit Elkabetz). When his parents discover the relationship and violently intervene, Zaza must choose between his family traditions and his love.

Or (My Treasure),אור,is a drama film starring Dana Ivgy in the title role of Or, a teenager who struggles to be responsible for her prostitute mother Ruthie, played by Ronit Elkabetz.

The Band’s Visit, התזמורת ביקור ,a culture clash comedy, has the eight men of the Alexandria Ceremonial Police Orchestra arrive in Israel from Egypt. But due to miscommunication, the band takes a bus to Beit Hatikva, a fictional town in the middle of the Negev Desert, instead of Petah Tikva. There is no transportation out of the city that day, and there are no hotels. After the band

members dine at a small restaurant, the owner, Dina (Ronit Elkabetz) invites them to stay the night at her apartment, at her friends’ apartment, and in the restaurant. That night challenges all of the characters.

All three of these films were acclaimed internationally, with Ronit Elkabetz winning praise and recognition for her formidable acting in female roles where she is the outsider. Her acting career was in both French (in France) and in Hebrew and Arabic (in Israel). Her obituary in The New York Times (April 26, 2016) pays tribute to the extensive career of an extraordinary director/actor and the many manifestations of her art and her craft.