In your last column “Frustrated by my immovable Mom” you spoke about “delirium after the surgery.” I am confused! What is the difference between “delirium,” “dementia,” and “Alzheimer’s”? These terms keep coming up, in the JSA’s Fall Symposium, in the newspaper and magazines I read, and among my friends. I am a healthy 74 years man, my wife is 71 years old and has had a couple of bouts of depression. My closest friend is losing his memory, slowly but surely. I want to understand the difference between these terms so that I can be aware of and more supportive of what is happening in my family and amongst my friends.

Your letter sent me scurrying to my bookshelf. I consulted the Diagnostic and Statistical Manual of Mental Disorders (DSM-IV-TR, 2000) and Abnormal Psychology for the short summaries which follow. My challenge is to explain these disorders in a way that does not include technical medical terminology and psychobabble.

Delirium is an acute confusional state that lies between normal wakefulness and stupor or coma. It has a sudden onset and involves a fluctuating state of reduced awareness. In addition to a disturbance in level of consciousness, delirium also involves other cognitive changes. Hallucination and delusions are common, as well as agitation and disturbed sleep cycle. A delirious person is essentially unable to carry out purposeful mental activity of any kind.

Delirium is a true medical emergency and its underlying cause must be identified and managed. Most cases of delirium are reversible. Often the cause is substance intoxication or withdrawal, use of a medication, or toxin exposure. In the cases of intoxication and medication; removal of the substance will quickly resolve the delirium. Some elderly patients may continue to have orientation problems, sleep problems and other difficulties even months after an episode of delirium.

Dementia, unlike delirium, is not a rapidly fluctuation condition. The onset of Dementia is typically quite gradual. Dementia implies loss, and it is characterized by a decline from a previously attained level of functioning. Even in the early stages, memory is affected, especially memory for recent events. Patients with dementia show increasingly marked deficits in abstract thinking, the acquisition of new knowledge or skills, motor control, problem solving and judgment. Dementia is often accompanied by impairments in emotional control and in moral and ethical sensibilities. At least 50 different disorders are known to cause dementia. They include Alzheimer’s disease, Huntington’s disease, Parkinson’s disease, strokes, syphilis, meningitis and AIDS.

This answer is necessarily brief. I suggest that the reader consult on-line sources of information or your library for more details including causes, treatment plans and prognosis. 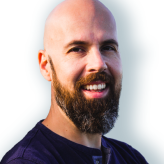 Backed into a Corner
Frustrated by immovable Mom