The Karma Of A Jelly Mold

In 1965, I got engaged.  My first household purchase was a jelly mold.  My mother asked me if I had bought anything for ‘setting up house.’  I told her that it was a jelly mold. She said that a jelly mold wouldn’t have been her first choice.  I had bought the jelly mold because I was at a Tupperware party and I didn’t want to leave without buying something!  For the next 36 years, I gave very little thought to my jelly mold, for it had no special significance to me. Throughout the years, the jelly mold was kept at the back of a cupboard and I used it infrequently. Typically when I made gelatin dessert, the first dish of appropriate size that I chanced upon would be the one that I used.

Then, in 2001 an incident happened that hammered out the importance of a jelly mold.  My dad married Jennie in 1980. They were both 69.  By 2001, they were no longer able to take care of themselves and they were moved to the Louis Brier Home. Jennie’s life, as she had known it, had been wrenched from her.  It was so difficult for her to leave the life that she had lived. She brought her china dishes and her jelly mold. My dad and Jennie brought way too much stuff.

The room was cluttered beyond acceptable safety standards.  I scanned the room.  I spotted Jennie’s copper jelly mold that had been hanging on a hook on their wall in the kitchen. I picked up the jelly mold thinking that she couldn’t possibly need it anymore. I explained to Jennie that she wouldn’t be able to make Jello at the Louis Brier Home.  Gaping with astonishment, she bolted towards me and grabbed the jelly mold. She quickly encased it tight in her arms and held it to her chest whilst battling tears of anger and fear. She stammered that my dad loves Jello. She was so concerned that he wouldn’t be able get Jello when he wanted it.  I felt that I had been swatted by a boomerang! 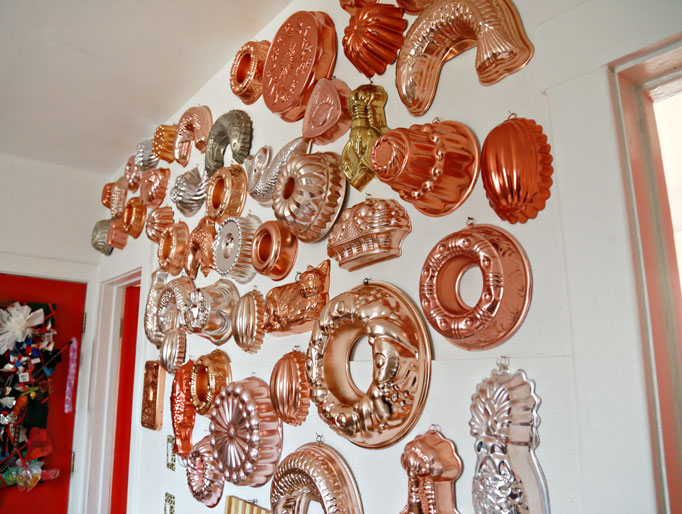 It was then that I realized that the jelly mold was a part of Jennie’s identity.  It gave her purpose. I heard her desperation. I developed a respect for the many difficulties that many seniors face when they no longer are able to take care of themselves. And sadly, for many seniors, it might mean losing their sense of purpose.  As for me, I wouldn’t miss my jelly mold, but perhaps I would miss a pen and paper and the computer.  What about you?