When I was a high school student I would get severe pains and cramps in my abdomen. I was sent to the hospital three different times to get a barium enema which is an X-ray exam that can detect changes or abnormalities in the large intestine (colon).  This procedure was the precursor of the colonoscopy.  “Miss Luber, everything is fine” said the doctor, “Go home.”  My pain and discomfort continued throughout my adult life. 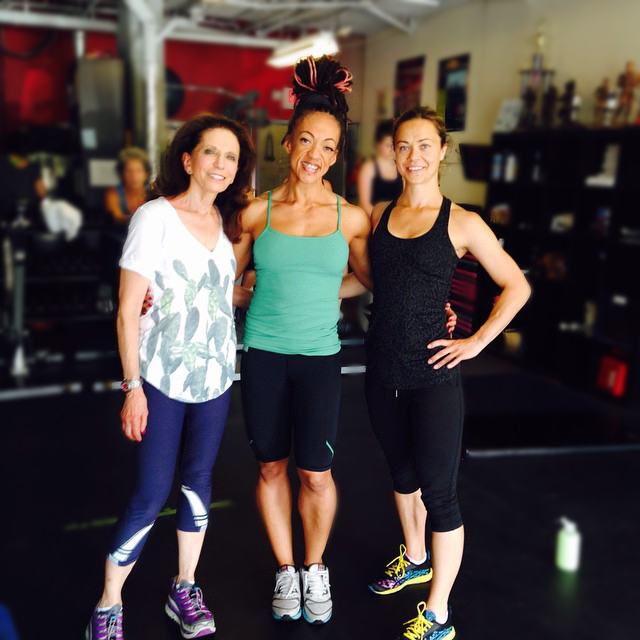 Fast forward to my mid- forties. I am taking prerequisite courses in Psychology in order to get into the graduate program, M.Sc. in Counselling, at the University of Vermont in Burlington, Vermont.  I am immersed in the course “Introduction to Psychology,” fascinated by every bit of information that I am learning.  One day we begin to talk about “stress” and I read about the term “irritable bowel syndrome (IBS).” By the end of the class, I had this powerful insight that I had found a name for my condition, a list of symptoms, the possible causes and the various treatments. I was ecstatic, I was in wonder. I did not run out into the streets naked as is attributed to the ancient Greek scholar Archimedes when he reportedly proclaimed “Eureka!” after discovering that when he stepped into the bath, the water level rose. He had realized that the volume of irregular objects could be measured with precision; a previously intractable problem. “Eureka!” indeed, “I have found it” in Greek; I now had the feeling that I could be in control of my life.

Psych 101 for seniors:  Hans Selye, A pioneering Austrian-Canadian endocrinologist working at McGill University in Montreal, conceptualized the physiology of stress as having two components: a set of responses which he called the “general adaptation syndrome”, and the development of a pathological state from ongoing, unrelieved stress.

What is stress? Stress is the body’s response to a real or perceived threat. It is the “fight or flight response.” But most of the threats we face today cannot be avoided. These threats are problems that people have to work through. Hans Selye’s General Adaptation Syndrome (a response of the body to demands place upon it) describes how stress induces hormonal, autonomic (spontaneous, involuntary) responses and, over time, these hormonal changes can lead to ulcers, high blood pressure arteriosclerosis, arthritis, allergic reactions, among other diseases.

Eustress is good stress (celebrating an 80th birthday), distress is bad stress (breaking a hip in a fall). Some people worry about many things all the time, this is called Generalized Anxiety Disorder.  I had “test anxiety” and a perfectionist streak which caused me to be anxious for long periods of time. Whatever the stressor, the results can be an increase in hormonal activity, raised blood pressure, muscle tension, difficulty falling asleep, and irritability; in general one feels discomfort and pain such as headaches, stomach cramps, and exhaustion.

Since that Eureka moment, I have been in charge of my stress. At the first tweak of pain, I stop and ask my body “OK, what is bothering you? What exactly are you worried about?” There is always an answer. Now that I have made conscious and become aware of that which was unconscious and spontaneous, I am in a position to do something about it. I am practising stress management. I go for a jog, take a yoga class, or talk to the person if it is a communication problem. I ask myself ‘just how important is this thing?” “Is it worth getting sick about?” I alter the way I am thinking about the problem. I stop using words such as “always,” “never,” “should have,” “awful,” and “bad.”

These last 6 weeks have been difficult. I accepted new responsibilities for the jsalliance.org website, my columns and articles had to be handed in for the July edition of Senior Line, the Waldman Library at the JCC usually received my movie review at the beginning of the month, my blog for yossilinks.com was due and I had a misunderstanding with a good friend.  I was feeling pressure, I was stressed. I spent several nights lying in bed, exhausted but sleepless. I felt nauseous, my stomach was upset.

What does a psychotherapist do when she has a problem? Hopefully she practises what she has preached to her patients. I made a list of priorities. After all, not every item had a deadline, actually the only “deadline” was the Senior Line. I communicated with my friend.  I started at the beginning of the list and worked my way through to the end (this blog is the last item)).  I exercised as usual, I ate well, I spent an hour a day at the off-leash dog park with Davka; and the work got done.

We cannot avoid stressors but we can manage our stress so that we do not get stuck in that feeling of being stressed all the time. We can take control of our thinking and our actions. This is the cognitive-behavioural approach to stress management and anxiety.  It has proven to be beneficial in a variety of circumstances with a variety of mental health issues.