The Biblical origin of the name and word JEW comes from the time when the JUDEANS became JEWS—the word used in praising or thanking someone in Hebrew ‘HODAYA’.

Our foremother Leah said “I will praise” after the birth of her son and names him Judah (Yehuda), and TODAH comes from the same verb.

On September 15, the JSA held its AGM at Beth Israel Synagogue, to give thanks, to say TODAH to its members and the community for helping it achieve its goals for the past year.
President Marilyn Berger along with Marshal Berger opened the meeting with O Canada and Hatikvah followed by a minute of silence for those members we have passed on during the year.

Ezra Shanken, C.E.O. of the Jewish Federation of Greater Vancouver spoke of assisting Vancouver communities to bond with organizations like Jewish Seniors Alliance. More seniors will live at home and JSA is playing a vital role in seeing this goal to fruition. He thanked Serge Haber, founder of JSA, among other seniors, for their efforts in making sure that seniors can live well into their ‘golden’ years without fear of neglect.

Dan Ruimy, Member of Parliament for the Federal Government in Pitt Meadows-Maple Ridge, said that his trip to Israel reinforced his desire to get in touch with his Jewish roots. Ruimy felt that it is important for all volunteers to work together supporting Israel as well as our own community.

Adolf Zilberhsteyn, head of Most Bridge for the past 5 years, said that he and his 60 members are connecting to their Jewish roots and integrating into the Jewish Community. Thanking the JSA for the $1,500 grant, he wished everyone a healthy 5777.

Larry Meyer, our Treasurer, explained that it is an ongoing effort to keep the expenses and income balanced as grants may or may not appear as promised. The JSA maximizes the use of Federal, Provincial, Municipal and private donations so that our programs such as Peer Support Services will continue to grow.

Pam Ottem, Chair of our Peer Support Program and Senior Counselling program, the jewel in the JSA crown, reported that the program is well known in the Jewish community and in the community at large. There is a waiting list of people wanting to avail themselves of this vital service and those who wish to take the Peer Counselling Course: everything is offered cost free.

Grateful thanks were expressed to Grace Hann and Charles Leibovitch who lead the program.

Lyle Pullan, Membership Chair, stated that there were 36 new members; 48 life members; 439 individuals, 128 ‘Most Bridge’ members and 20 affiliates. Pullan encouraged all to pay their $18 dollars, search out new members, in order to ensure the support that JSA needs to continue its community work.

In her final report, President Marilyn Berger, acknowledged the accolades she received and the assistance of her “troika” as she hands the gavel over to Ken Levitt. The ‘haimish’ like togetherness came from aiming for common goals, making it easy to accomplish objectives. She is certain that Ken Levitt, as incoming president, will experience the same welcoming feeling of unity.
Bev Cooper was presented with a special certificate in appreciation for outstanding work during the past year. Berger ended her presentation saying that since this was the month of Elul and the shofar is blown daily, she hopes its sound would let it be a call to all of us to recommit.

Serge Haber, head of the Nominating Committee, read the slate of incoming board members and had the new members stand to indicate who they were and then warmly welcomed Ken Levitt as incoming President.

Ken Levitt revealed that he had been asked three questions by Serge which were all age related: 1) Did he have a receding hair line? 2) Did he arise from his bed to visit the bathroom nightly? 3) Did he have a pre- existing medical condition? Having answered the questions to Haber’s satisfaction, he was handed the gavel.

Ken Levitt in saying farewell to Marilyn Berger, lauded her, stating that she had brought the care and concern of fulfilling the needs of the community at large to each meeting. Describing her as always seeing her glass half full; never timid, adding that she will be a great role model for him to follow. Declaring that Berger had demonstrated every day her commitment to Yiddishkeit, Levitt presented her with a gift from JSA and with that the meeting was adjourned.

The dinner reception which 185 people attended in the ballroom was convened by Larry Shapiro and Barbara Bronstein and emceed by Jack Altman, who proved once more to be a master of wit and words, able to ad-lib at will.

Three volunteers were selected by their organizations in appreciation for their time and service to others. The first nominee was Ralph Jackson, nominated by the Royal Canadian Legion Shalom Branch 178. Jackson had served in many capacities and has now assumed His twin granddaughters, in introducing us to the man they love as their grandfather, proudly announced that although he turned 90 in August, Jackson still loves to dance and enjoy life. He actually texts them on his iPhone and occasionally they even respond. Being of service to others has been a major part of his life as he has been President of the War Vets for many years and can often be spotted selling poppies in November. Jackson said he truly appreciated the honour and sincerely thanked the Legion and the JSA for this evening.

Bill Gruenthal, nominated by the Jewish Museum and Archives of British Columbia, was introduced by Professor Chris R. Friedrichs who said seniors don’t suddenly wake up overnight and find themselves to be seniors but that they are part of a growing and giving community maturing along the way. 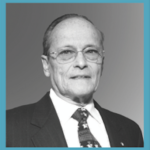 Gruenthal was Treasurer of Temple Sholom where he also formed a 60 Plus Club. Born in Netanya and a staunch supporter of Israel, anyone travelling the forests of Israel will see the trees planted by JNF because of Bill Gruenthal. In thanking everyone for the honour given him, Bill Gruenthal said he was especially glad that family had flown in from out of province for this event making it a family reunion.

Rabbi Infeld said that Beth Israel needed equal time with all the publicity given to Temple Sholom. Infeld encouraged and praised the JSA for doing all that it does for the Jewish Community and said we should all heed the call to help when hearing the sound of the shofar this month.

Ken Levitt introduced the honouree nominated by JSA, Milt Adelson, who was treasurer of JSA for 8 years. Levitt claims that stepping down allowed Adelson to take the many steps he takes daily, walking 8.5 miles each day -he counts in miles and not kilometers. One of his lesser known feats was holding the record for the most French fries consumed at the Aristocratic restaurant. Adelson was also treasurer for L’Chaim and proudly advocates to ‘Walk the Talk’ and walk it with vigor. Saying that he was not a talker but a doer, Adelson thanked JSA for honouring him, saying that no one can say NO to Serge Haber, a statement to which many of us can attest.

Ken Levitt, then added a presentation to the one already given to Marilyn Berger earlier and repeated many of the accolades describing our President Marilyn Berger as some of the dinner crowd had not been present at the AGM meeting. The gift was a collage of photos of Marilyn Berger during her tenure as President of JSA – ‘The Many Faces of Marilyn’ – put together by Karon Shear and Jennifer Propp.

This was followed by a scrumptious salmon dinner catered by Susie Siegal of Nava Catering. A vegetarian option was also available.

As part of the entertainment, ,Ralph Jackson serenaded his wife, of 62 years with ‘Because of You’ which melted the hearts of the many romantics in the room and continued to sing songs of years gone by.  Lorraine Smith further tugged at our heart strings by playing and singing special Jewish favourites.

The evening ended with the wishes for a peaceful, productive and prosperous year ahead. Special thanks to the Conveners of the dinner, Larry Shapiro and Barbara Bronstein as well as a big Todah Rabah to the incredible office staff without whom none of this could have been achieved. The work of the many volunteers behind the scenes who are always there to help when called upon was acknowledged.

A video was taken by Stan Shear and will be downloaded to our website to be seen by those who were unable to attend.

If it takes a village to raise a child – it takes community commitment and support to make sure the world the child lives in is secure and safe onto its senior years. Shana Tovah U’Metuka.

Ralph Jackson – Our Grandpa
Old And New Images In Israel