The Annual General Meeting of the Jewish Seniors Alliance was held on Thursday, October 11th at Beth Israel Synagogue. As is customary, the AGM was followed by a gala dinner at which time we honoured dedicated volunteers from three community organizations for their service to seniors in Vancouver. Ken Levitt, President of Jewish Seniors Alliance introduced Rabbi Jonathan Infeld of Congregation Beth Israel who gave a short d’var torah, on the importance of community actions and involvement for seniors. Levitt asked everyone to rise in acknowledgement of members who have passed away over the last year.

Greetings to JSA were given by Isobel Mackenzie, the Seniors’ Advocate of British Columbia, followed by Michael Lee, MLA for Vancouver-Langara; Ezra Shanken, CEO of the Jewish Federation of Greater Vancouver, and Gudrun Langolf, President of the Council of Senior Citizens’ Organization of B.C. (COSCO).

1 The Ministry of Health should provide the High-Dose Flu Shot, which is 25% more-effective, free of charge (it presently costs $75).

2 There should be an implementation of a Federal Pharmacare Program.

3 The City of Vancouver should allow for applications for the provincial homeowners grant to be done in person, without use of a computer, as many seniors have difficulty using computers or do not have access to the Internet.

4 The Provincial Government should initiate its poverty reduction program as exists in other provinces.

5 JSA made a presentation to Jewish Federation concerning the Food Security Program, with a strong plea for reducing the need for food banks.

Dinner and the Awards Ceremony

At the festive tables 170 supporters of JSA enjoyed a glass of wine and a delicious salmon or vegetarian lasagna dinner that was followed by the presentation of the awards. Emcee Ed Gavsie called upon Gudrun Langolf, President of COSCO, to make the presentation to Sheila Pither. Sheila has been active with the organization for 18 years. For the past ten years she has coordinated the COSCO Institutes Health and Wellness Program promoting its expansion from one workshop topic to more than forty. Pither expressed how honoured she felt to have been chosen, and was grateful to be there with friends and family at age 86, in order to accept the award.

The next two awards went to Muriel Morris and Gary Zumar of JCC Showtime. Maurice Moses presented to Muriel Morris and Arnold Selwyn to Gary Zumar. Muriel Morris has been a volunteer piano accompanist since high school. She has accompanied over 210 concerts since joining Showtime in 2013. Morris noted the pleasure she gets when they perform at seniors’ facilities and she sees the people come alive to the music and the dancing. Selwyn recounted how Zumar, with his wide experience with audio-visual and sound, volunteered his services to many Jewish organizations. He started with Jewish Heritage Players over forty years ago and has continued for over twelve years with Showtime. Selwyn called him a volunteers’ volunteer. Zumar responded by thanking everyone at Showtime for this honour.

Toby Rubin of the Kehila Society then presented the final award recognizing Pat Hoffman. Hoffman became involved with Kehila’ Monday Seniors Luncheon at Beth Tikvah fifteen years ago. She has been involved in the working committee as the program expanded to include activities such as ESL, fitness and entertainment. Rubin stated that Hoffman is the lifeline of the program, the first to arrive and the last to leave. Hoffman expressed her appreciation for the recognition and said that she gets much satisfaction from being a volunteer.

During dessert we were entertained by Jazz singer, Jill Samycia, whose lovely voice filled the auditorium. The door prizes and 50/50 tickets were drawn. After much schmoozing with old friends and an enjoyable dinner, everyone went home having spent a beautiful evening honouring four very active seniors and again proving the JSA adage “Seniors Stronger Together.” 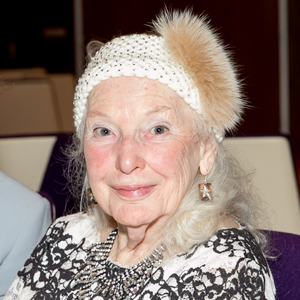 Sheila has been active with the Council of Senior Citizens’ Association (COSCO) for 18 years, coordinating COSCO Institute’s health and wellness program, promoting its expansion from one workshop topic to more than 40. As a volunteer piano accompanist since High School, Muriel performed over 210 concerts since joining JCC Showtime in 2003. 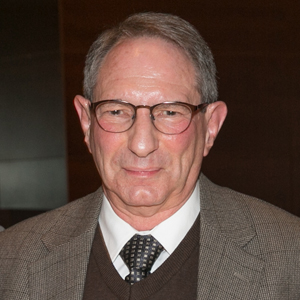 Experienced in audio-visual and sound, Gary volunteered his services to Jewish organizations and JCC Showtime for many years. 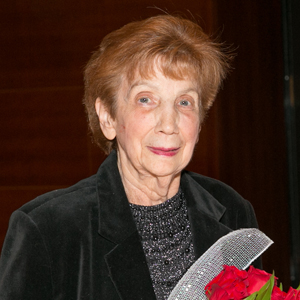 Pat became involved with Kehila’s Monday Seniors Luncheon at Beth Tikvah 15 years ago. She has been involved in the working committee as the program expanded to include activities such as ESL, fitness and entertainment.