The annual meeting of the Jewish Seniors Alliance was held on Thursday, September 14th at
Congregation Beth Israel. The business meeting was followed by a closing dinner and awards ceremony.  As has become our custom, several organizations are asked to nominate senior volunteers who have spent time and energy enhancing the goals of their organizations.

The business meeting was called to order by Ken Levitt, President of JSA.  Prior to the presentation of committee reports a number of organizations presented greetings. The D’var Torah was delivered by Rabbi Jonathan Infeld of Congregation Beth Israel, who emphasized that according to Jewish law, we are not to cast aside seniors as they are at the heart of the community.

Then greetings were received from Ezra Shanken, CEO of Jewish Federation of Greater Vancouver, and from Langolf Godrun, Acting President of the Council of Senior Citizen’ Organization of B.C. (COSCO).

Following the approval of the agenda and the minutes of the AGM of September 15th 2016, Larry Meyer delivered the Treasurer’s report.  Larry outlined the various grants which make up the budget of JSA—both government, corporate and private, as well as the eighteen dollars annual fee from members/supporters.   Larry also mentioned the various programmes that these grants support such as:  Peer Support, Senior Line magazine, Fall Symposium, Spring Forum, the Empowerment Series, as well as our website www.jsalliance.org .

Pamela Ottem, chair of the Peer Support Programme, outlined the various aspects of this amazing service.  Peer counsellors are required to take fifty-five hours of training prior to being assigned a client.  They are given ongoing support in their work by Grace Hann, who is also the trainer and Charles Leibovitch, who is a social worker.

It takes fifteen hours of training to become a Friendly Visitor. These volunteers visit shut-ins and lonely seniors.  Another aspect of Peer Support is friendly phone calls and service information and referral.  This information is available through the Senior Line magazine and the website.

The Ambassador Programme whose goal was to raise awareness of elder abuse and was started with a one year grant has been incorporated into the other offerings. Grace and Charles and some of the volunteers make presentations to other seniors groups about their activities. The Peer Support programme has 56 trained volunteers serving 70 seniors.

Binny Goldman reported that we have 596 member/supporters of whom 320 are individual members, 150 are members of Most Russian Bridge and 21 are from affiliate organizations.

Binny was followed by Ken Levitt, who gave the presidents’ report.   In his report Ken briefly reviewed the activities of the JSA.   His main emphasis was that JSA would not exist if it were not for the active involvement of its volunteers.  They are the backbone of the organization. He pointed out that the peer support programme alone, if it were carried out by paid staff, would cost much more than our total budget. He thanked everyone, both staff and volunteers, who have worked so hard and contributed so much over the past year.

Marilyn Berger presented the report of the Nominations committee.   She read out the slate for the coming year and moved for acceptance.  Two former board member were mentioned, Edith Shier, who has passed away and was the previous editor of Senior Line, and

Milton Adelman, who has retired from the board and was for many years the treasurer of JSA. Ken Levitt then called for the adjournment of the business part of the evening and everyone was invited to move to the tables for dinner, volunteer recognition and musical entertainment.

We were served with a delicious salmon dinner or vegetarian alternative that was thoroughly enjoyed by the 140 who attended.  While we were dining we were entertained by jazz singer Jill Samycia. Next came the awards presentations to the very special volunteers. 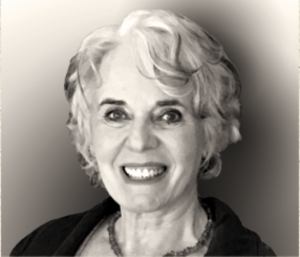 KARON SHEAR was nominated by Jewish Seniors Alliance.  Karon was Coordinator and Administrator of JSA from 2005-16.  Her service to seniors, and enthusiastic marketing, played a vital role in the development and growth of JSA. Serge Haber presented Karon with her award. He described her as the heart and soul of the organization. He spoke of the countless hours she spent, off the clock, on week-ends, working at home; how she produced the Senior Line magazine basically on her own. 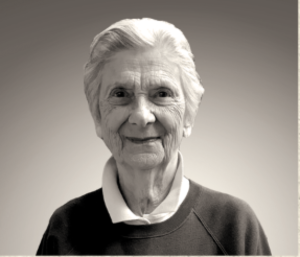 SYLVIA YASIN was nominated by the Jewish Family Service Agency. Sylvia has volunteered for many years with the Jewish Food Bank and was instrumental in creating relationships and obtaining ongoing donations of supplies for school aged children. Sylvia was presented with her award by Debbie Rozenberg.  Debbie reported that Sylvia began her volunteer life while still working full time.  She has been involved with the Terry Fox run and the ORT.   She organized the gift wrapping in shopping malls which raised funds for ORT.   She helps set up and clear for the seniors’ lunches at Kehila and is still involved with the Jewish Food Bank NASSA and ARNOLD SELWYN were nominated as a couple for their long-time volunteerism at Congregation Beth Israel. Rabbi Infeld talked about Arnold’s singing for the congregation and Nassa’s beautiful sewing of the “parocheth” and the Siddur covers. Together they bring holiness into the world. Both of them act as greeters and have been part of many other committees.  They are also active in the general community and are part of “Showtime”, an entertainment group of seniors.

All of the honorees expressed their thanks and appreciation to JSA and to the nominating organizations. A message to all was, volunteer whenever you can and wherever you can. It will bring you feelings of fulfillment and joy.

Dessert was then served and we heard again the wonderful voice of Jill Samycia. A number of the guests were moved to get up and dance to the music. The evening ended with a draw for door prizes. Many thanks to Barbara Bronstein and Larry Shapiro, the co-chairs of the event, for a very successful and enjoyable night.

Tamara Frankel is a member of the Board of Jewish Seniors Alliance. Shanie Levin, MSW, worked for many years in the field of Child Welfare.During that time she was active in the union.   As well, she participated in amateur dramatics.   She has served on the board of Federation and is presently on the executive of JSA and a member of the editorial committee.